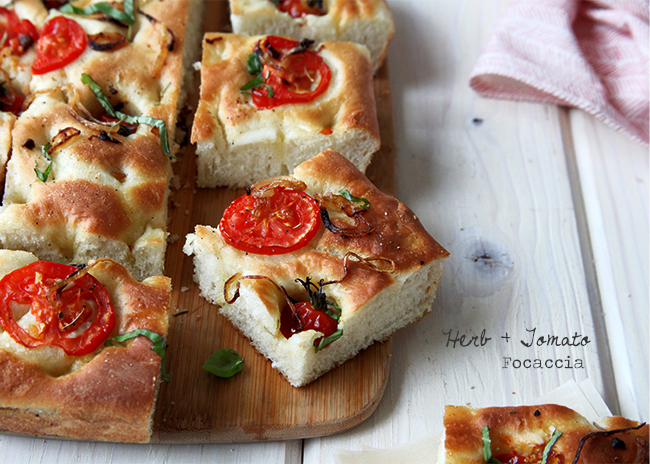 Time to face the music.  I think summer is just about over.  If not only going by what my calendar says, mother nature is giving some clear signs for cooler climates.  I just "harvested" the last of my cherry tomatoes for one final summer recipe. 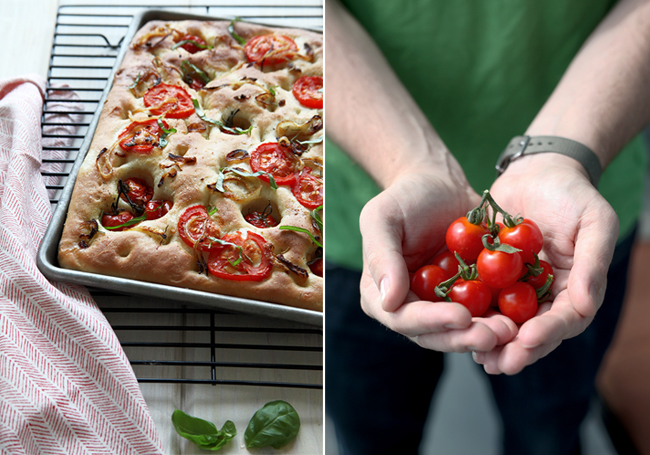 Let's talk about tomatoes for a second.  Now you might think since I can cook, bake, paint, etc- that I am all-around pretty crafty.  Well, this is probably true for the most past- but a gardener, I am not.  No green thumbs for this girl.  However, this is first season where I actually was able to grow something edible.  I could not be prouder.  Every other time that I tried to have a garden, everything died.  I've mostly only tried herbs and strawberries, but none were ever sustainable.  I'd like to blame this on the Sacramento heat, but I am sure I had a lot to do with it.  About halfway into this summer, I bought myself a beautiful, little tomato plant for our pint-sized patio.  Luckily, this plant already had a few flowers blooming, which would later turn into juicy little gems.    I finally kept a plant alive long enough to produce something to use in an actual recipe.  That said recipe is this savory herb and tomato focaccia.

Speaking of things that I am not very skilled at, I have not had a lot of experience with baking bread.  As of now, I am 1 for 2 in terms of successful bread-baking experiences.  Well, I'll give myself a ½ point for my first try- I mean, it was edible and looked like bread, even if it did not taste very good.  I decided to give it a second go around, this time with focaccia.  With this focaccia, there is not too much kneading or rising involved, so I figured I could not ruin it too badly.  The whole process was fairly quick and surprisingly easy.  So on a rainy day last week, a preview of what the weather will soon look like here, I decided to bake and break bread. 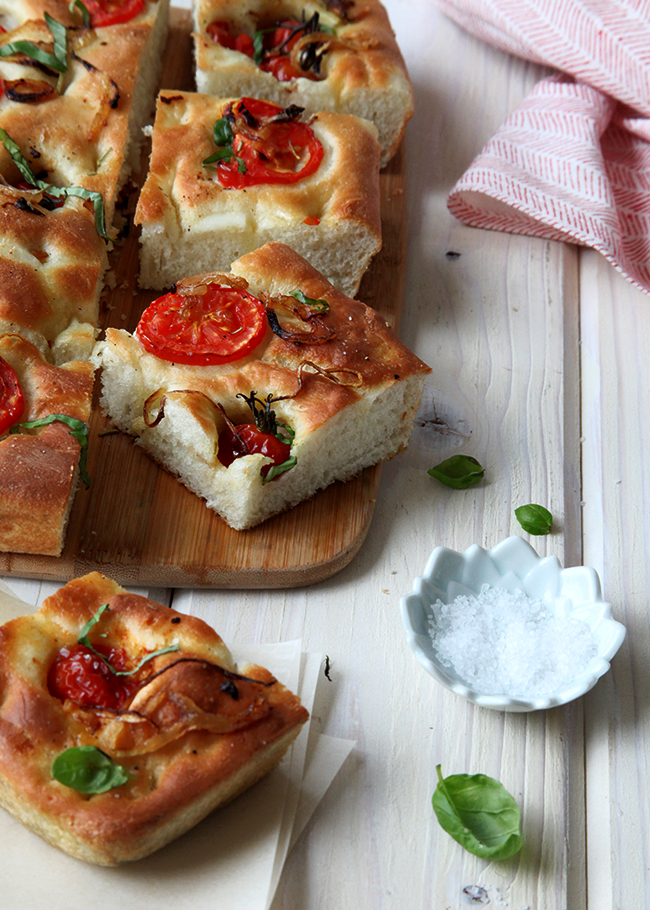 As mentioned, this focaccia was built around my proud tomato harvest.  These home-grown cherry tomatoes were so sweet and juicy, perfectly enjoyable straight from the vine.  I decided to throw on some caramelized onion and garlic, with a sprinkle of rosemary, fresh basil, and chunky sea salt.   The flavors perfectly balanced each other.  Notice that I did not use too much of any of the other "toppings," as I really wanted the bread to shine.  Really it would have been scarfed down just as quickly had I left it plain.  With the recipe being so simple, I don't think I will ever go back to store-bought focaccia after this life-altering bread experience.  And eating it warm?  Get out of here!  There's no comparison. 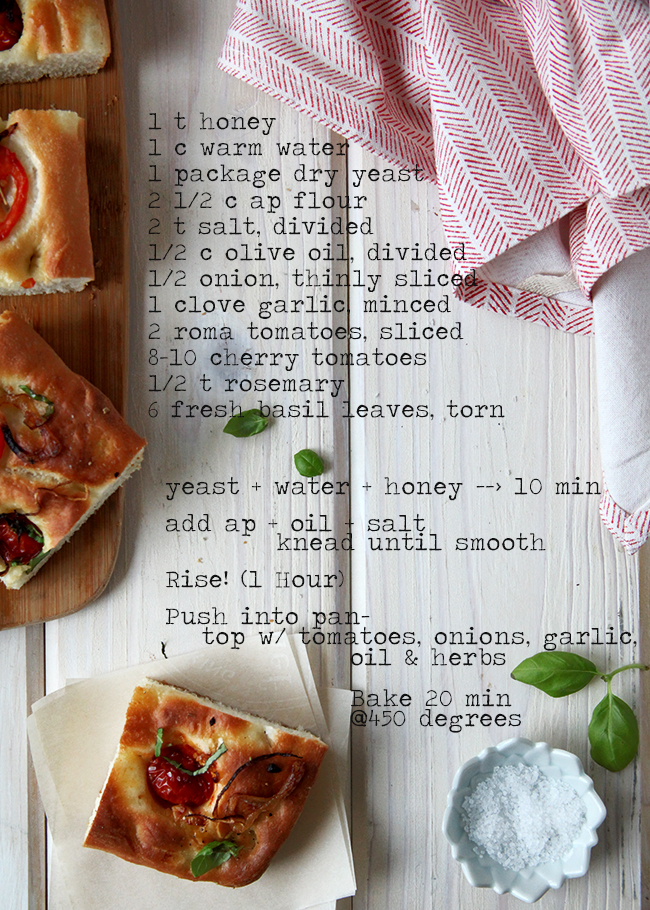 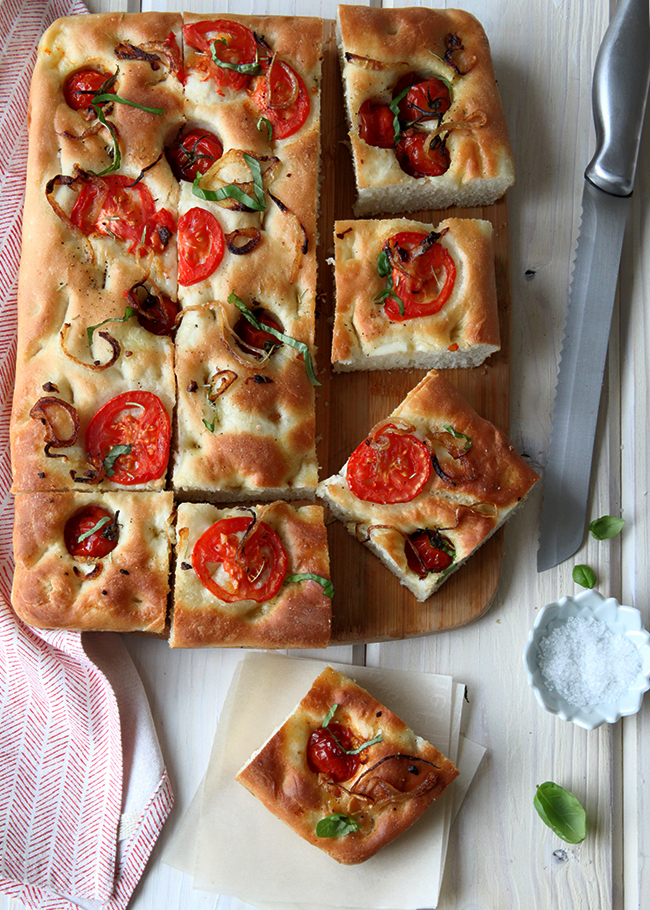